PC 4 Eastern Time (US & Canada)
Guardians Game Hub is a new up and coming Destiny 2 clan comprised of new and old members looking for active players to fill our ranks. We're here to enjoy the game and make new friends along the way while completing nightfalls, raids, strikes, etc. Only real requirement is to have a discord and be social!

Xbox One 1
I am looking to build a community of guys and gals that enjoy playing Destiny 2. Crucible, Raiding, Strikes, messing around, whatever! It would be nice to have a group of adults that play on week nights and/or weekends. I am a Destiny 1 vet and am just starting out in Destiny 2. Would love to find people of any and all skill levels to just play and have fun! Xbox Live only right now! Thanks :)

Xbox One 6 Pacific Time (US & Canada)
Most players are in the US. We play evenings and weekends most everyday.

Tell your mom we said hi

Xbox One 1
Our average age is 25. If that sounds like you, join us!

PC 2 Pacific Time (US & Canada)
This is a place for relaxed Guardians, new and experienced, to come together and have fun. Hopefully, you can make some new friends along the way. We know that people have responsibilities and commitments that dictates how much you can play. That's why we want to build this small group into something much bigger so that everyone has a chance to make the most of their Destiny experience no matter how often you can play. No one should feel like they are missing out on the fun experience this game can provide. PvE? PvP? Game mechanics in general? It doesn't matter. We may not be the best players in the world, but we are a positive group looking to help each other with any content. Even if you don't have anything you need to do you can always find a group to just play and chat with to unwind from the day. Above all, remember that this is a game and something to be enjoyed. Make sure to join the Discord at: https://discord.gg/kH3NKD9

PC 1
Hey all! We're a group of D2 players looking for more people to raid with! 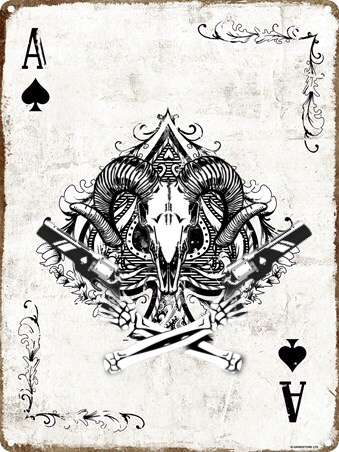 Xbox One 3
We’re not recruiting members, rather looking to reconnect with long lost sisters and brothers from another mother separated at birth! All US and EU time zones welcome with an emphasis for US solicitors for PST and MST players. TL;DR VERSION- skip to the bottom of the post Urban dictionary (as if there was any other dictionary worth using) defines us as- Cayde-6: What your name should be when you constantly think "I got this" but you really don't. One sexy ass robot Black Sheep: A person who takes pride in being an outcast because he knows being a weirdo is what ultimately will give him something to be proud of. It usually takes some balls to be a black sheep. A Black Sheep is someone who doesn't follow mainstream ways, someone who doesn't care what is in or out. Usually somone causing some Mischief, or terror and laughing about it. Somone that stands out in the crowd. Clan: A dope group of people with a dope common interest. A word to refer to a closely-knit group usually quite large and fiercly defensive of each other. Comes from the Clans of Scotland- who were blood relatives. What we are- An eclectic group of savage degenerates founded by a base of D1 year 1 day 1 US and EU players. We consider ourselves to be a family more than a gaming group. With that comes the scrutiny of trying to protect our family and what we’ve accomplished by establishing this community. We accept all and keep only a few. We are a NSFW clan, that being said, we almost always are dicks to one another! What we don’t tolerate are people just being nasty and mean for the sake of being a douche or troll alike, as well as squeakers that think it’s cool to make sentences with nothing but expletives. We don’t discriminate, because we are of the mindset that everyone is equally worthless. We are equal opportunity destroyers. Self deprecating humor is at our core with no one members race, religion, politics, ethnicity or sexual orientation is safe! Beware of sharp wits, sarcasm spoken here. We are uncensored, governed by restraint and respect that comes with maturity and adulthood. We achieved this level of awesomeness by maturely knowing limits and boundaries as well as gaming with each other often and for a long time. ********************************************** Don’t take my word for it, here’s what some of our members and satisfied customers had to say- ReddManchu- “it’s better than an Apex c__k in your a$$” TRELLZxASSASSIN- “I -blam!-ing hate it here. They just keep me to boost their diversity agenda.” SamuelJacLager- “There is like almost no sodomy“ CrookEdshanks- “Joining this clan has made me a better destiny player and able to fully experience everything this game has to offer. Not only have my clan mates been there for me in game, they have helped me through some pretty rough times in life by joking around, hanging out.” RealPraxis- “Since I been with #Hoot I been able to find like minded Crucible guardians like myself. I been having a good time here and there is always someone doing something whether u are into Raids, Crucible or events. Always activity and even though I’m kinda new around here I’m already feeling like I will be part of this clan for a long time” Oobie Wan- “If you like your clan mates to be complete and utter dicks who’ve got your back regardless, Caydes Black Sheep are your guys! Hoot Hoot m___er f___er” ********************************************** Who we are- We’re casual in the sense that our members are parents and professionals alike. Some with more responsibilities than others. Some have very strict windows of time that they can play. It would not be uncommon for someone to have to bail on the final boss fight because of a sick child. We’re sweaty in the sense that because some of our members have such small windows of time to play, they just want to git’er done! We are competitive but also wise enough to know that life comes first. In general we don’t teabag first, but when they do, it’s on like Donkey Kong! Oat sodas optional! We have drunk raids and Crucible often, which is to say that some drink, some don’t and some will tell you where the best dispensaries are in their states! We pursue ALL END GAME CONTENT! Raiding for days while knocking out weekly objectives or grinding for that one weapon or armor piece you’re missing! We have a solid core of MLG PvE raiders and grinders, who love to show off what a bunch of no life players they are by frequenting solo runs and speed runs through night falls, strikes and raids. Then we have the PvP’ers who while desperately awaiting the relaunch of trials has centered its chi and found its zen with pursuing Luna’s Howl, quick play marathons and who can ignore this seasons breakout hit of Gambit! TL;DR VERSION ***Basically: if you like playing destiny have a mic, mature enough to wield a witty potty mouth, drink beer, smoke stuff, raid, dream of going to the lighthouse or collecting the “we ran out of medals” medal and can respect that people have a life that comes before the raid completion then this is the place for you!*** Our only three requirements are that you don’t be a dick, that you have a mic (no mic, no play) and that you are 25 years of age or older. If you decide to take the plunge we exclusively use the BAND app, an iOS and android friendly app to communicate, set up events, be dicks to one another and clan lfg. Once you join if you do not receive a message from the admin team with the link for the App group please in game message one of us and we will prompt an admin to reach out. Use of this platform is mandatory for membership. Check out our #Destiny2 clan! https://www.bungie.net/en/ClanV2?groupid=3122104 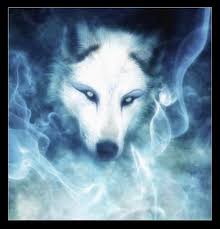 PS4 1
Dedicated group of Destiny players with above average skill level in PVP and PVE. Tackling all elements of endgame activities on a regular basis.